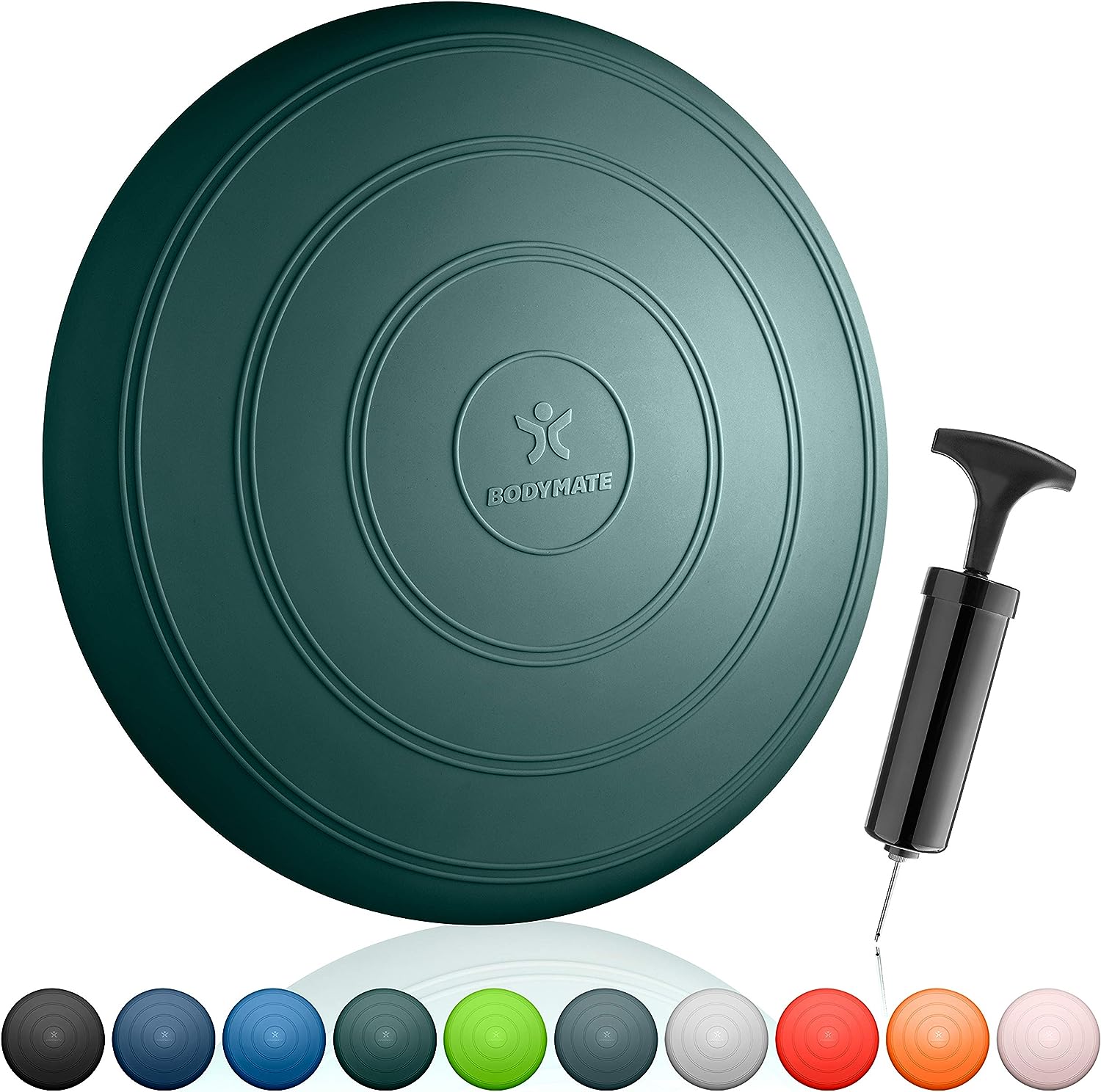 BODYMATE was founded by fitness enthusiasts, and we believe that everyone can improve their physical performance with the right training. For an active, pain-free and healthy life.

As a German quality brand, we focus on training equipment that is ideal for functional training, mobility and fascia training.

Our products will impress you with their high quality, ease of use and sustainable production.

BODYMATE - Your next level.

Whether used as a seat cushion on your desk chair or as a training device for core and functional training â the comfort balance cushion from BODYMATE is an effective and versatile device.

The handy nubbed cushion promotes a stable core by bringing continuous instability to sitting and forcing your inner muscles to work. With just one tool, you can train your stomach, strengthen your muscles and prevent back pain, all at the same time.